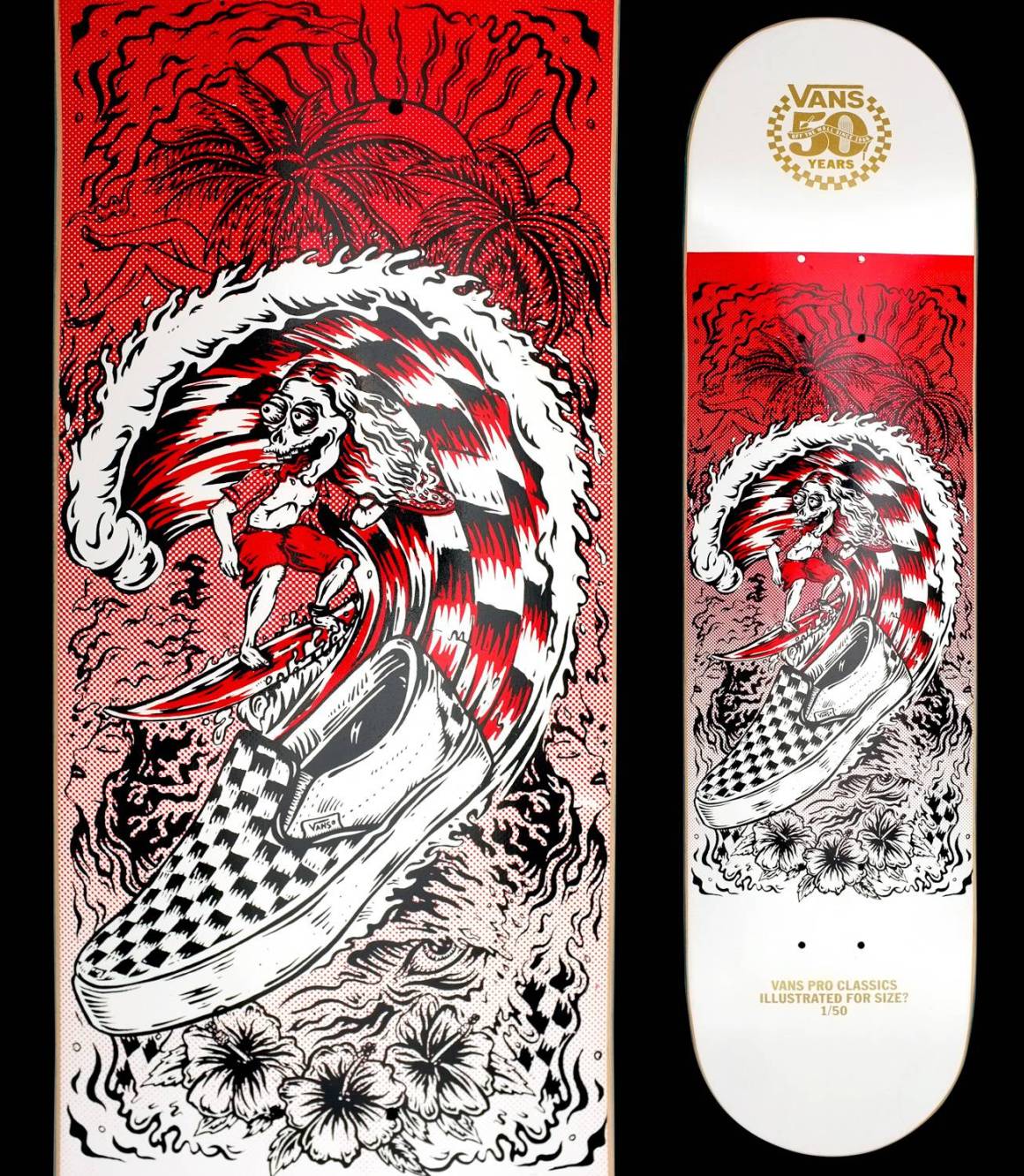 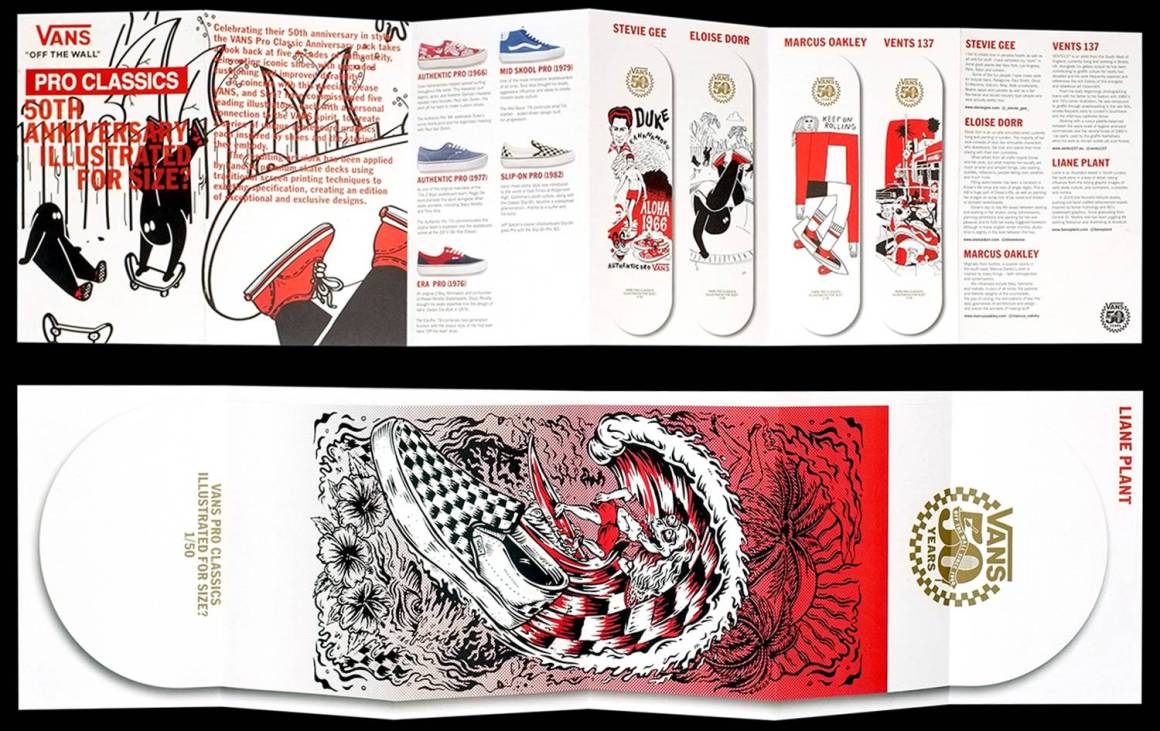 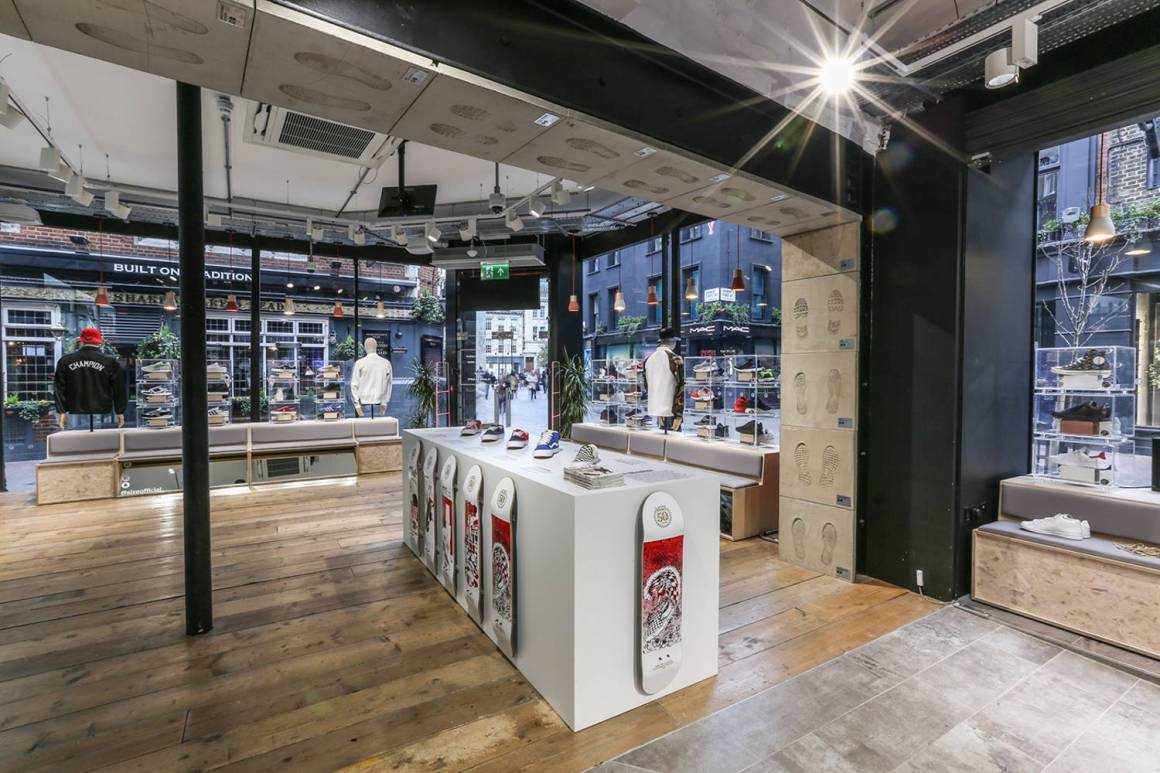 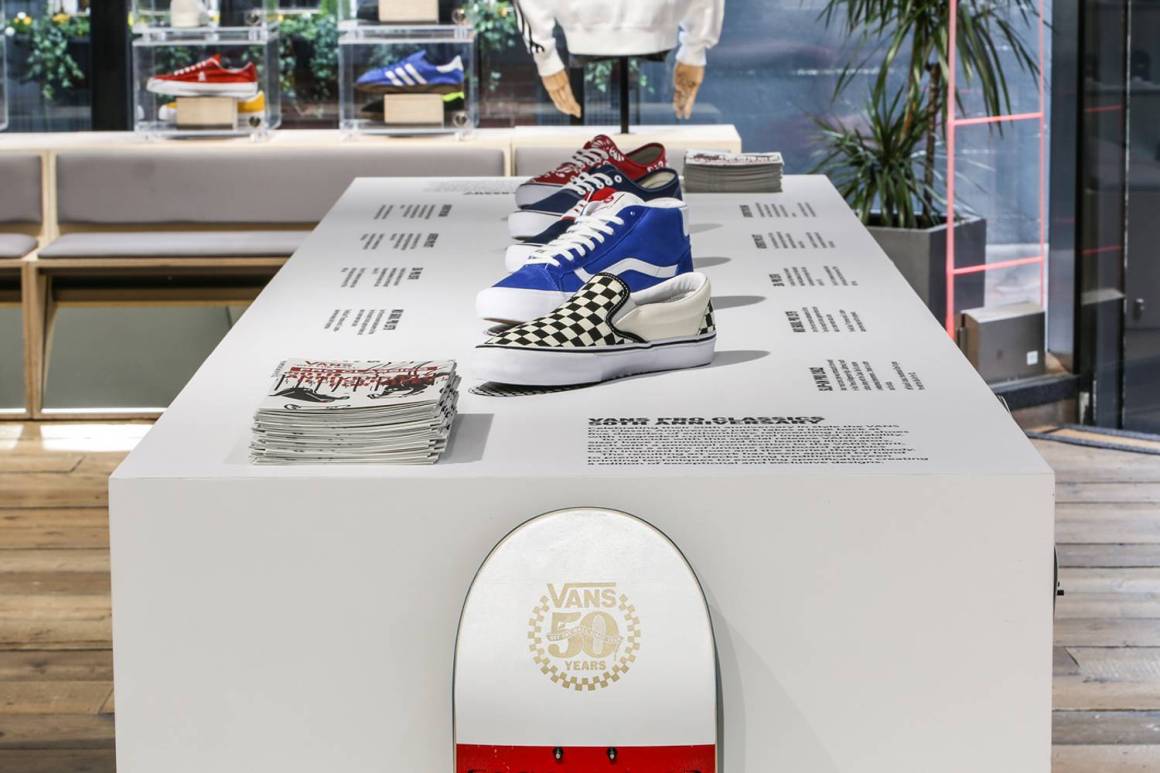 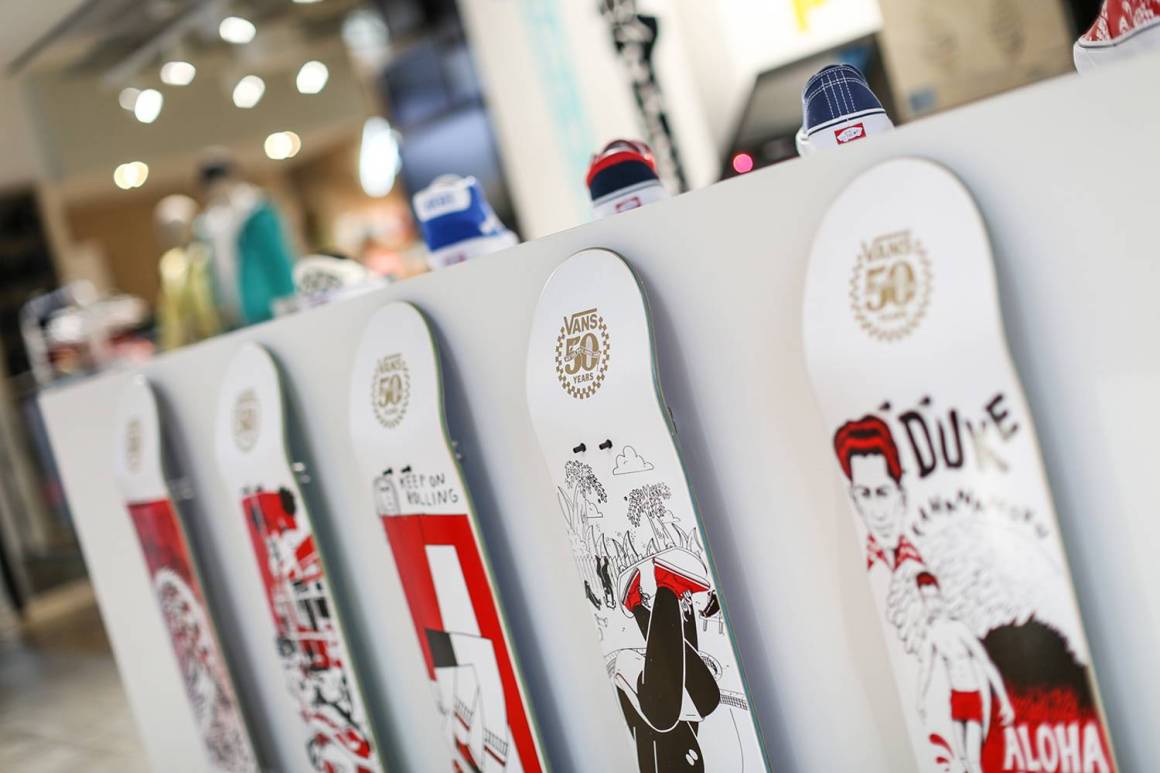 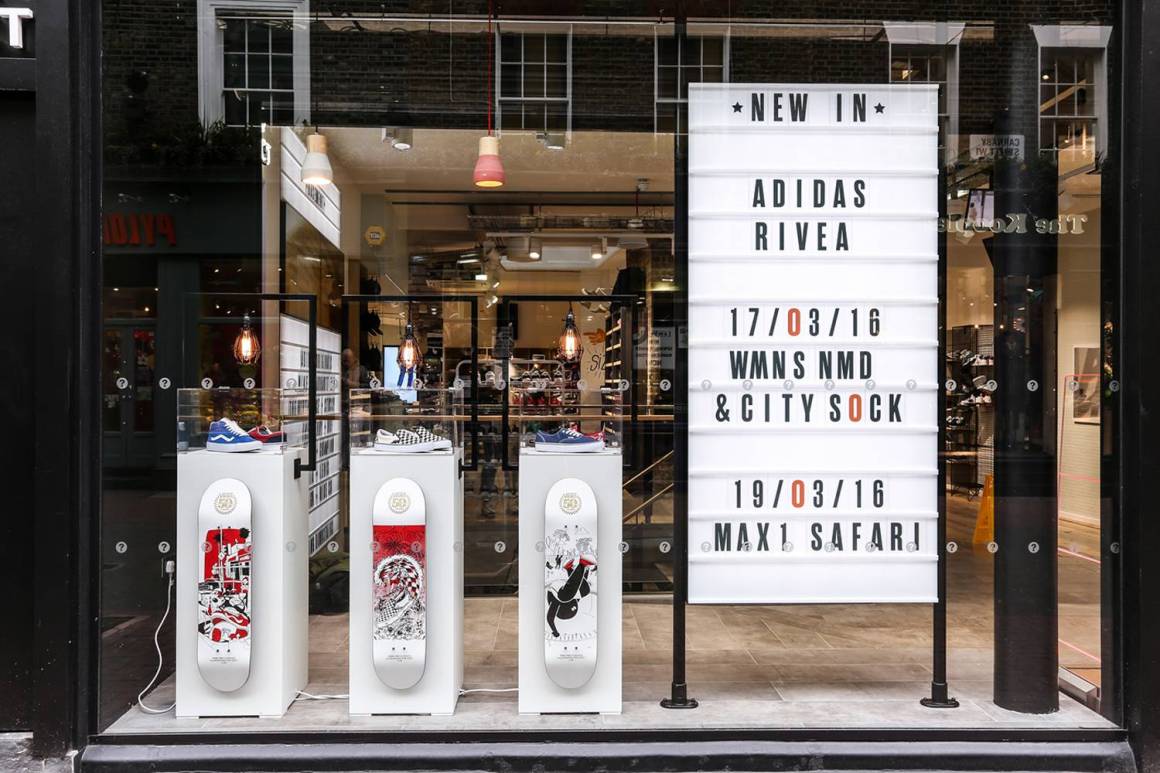 2016
“To coincide with this special release Vans, and size? commissioned five illustrators, each with a personal connection to the Vans spirit, to create a series of unique skateboard graphics each inspired by shoes and the stories they embody. The resulting art work was applied by hand to premium skate decks using traditional screen printing techniques. The artworks were also digitally animated and displayed in size? Carnaby Street, Amsterdam and Milan.

Vans’ most iconic style was introduced to the world in Fast Times at Ridgemont High. California’s youth culture, along with the Classic Slip-On, became a widespread phenomenon…thanks to a surfer and his kicks. Jeff Spicoli’s classic checkerboard Slip-On goes Pro with the Slip-On Pro ’82.”